Gabe Espinosa, is trying to dig himself out of the darkness. Struggling with the emotional fallout of a breakup with his ex-boyfriend, Gabe returns to his job at The Rosebriar Room; the fine dining restaurant at the historic Sentinel Club Chicago Hotel. Already haunted by the ghosts of his severed relationship, he’s drastically unprepared for the ghosts of The Sentinel Club to focus their attentions on him as well.

When a hotel guest violently attacks Gabe, he finds himself the target of a dark entity’s rage; a rage built upon ages of racial tension and toxic masculinity. Desperate to escape the dark spiral he’s found himself in, Gabe flees across the city of Chicago and dives into the history of the hotel itself. Now, Gabe must push himself to confront the sort of evil that transcends relationships and time, the sort of evil that causes damage that ripples across lives for generations.

Gabe must fight to break free from the dark legacy of the past; both his own and that of the hotel he works in.

I pulled out my phone and checked the time. I needed to be at work at six thirty, and unless the train started moving within the next five seconds, I would be late. A commute that usually took thirty minutes, door to door, was stretching closer and closer to taking forty minutes. Still, the train sat there, idle in its dark underground tunnel. There’s nothing worse than being late and getting stuck on a delayed train car at six fifteen in the morning. Fuck.

I rocked back and forth impatiently, a loose rivet in my seat clicking arrhythmically in its socket. Most of the Chicago Transit Authority’s train cars were in some state of disrepair. This car in particular had maps of the train lines missing overhead, cracked lighting fixtures, fractured chrome, and unsecured hardware. The homeless man stretched out asleep across the seats at the other end of the car didn’t seem to care. Neither did the middle-aged nurse sitting kitty-corner from me, listening to music on her phone through bright-pink earbuds.

I took a deep breath to stop my agitated rocking. The thick smell of synthetic flowers wafted along the length of the train car. An otherwise pleasant smell, in the enclosed space of the train car the scent was overwhelming, almost sickening. It had to be coming from the nurse. How’d I not notice the strength of her perfume sooner?

It occurred to me, if I puked on the ‘L’ right then and there, I’d have no excuse but to call in sick. It wouldn’t be the first time someone threw up on the Blue Line. I wouldn’t even have to actually vomit. I could just call in, hop off the train at the next stop, and grab the next one headed back toward my apartment. Tempting, but I could practically hear the voice of my manager Leslie. “Really, Gabe? What the fuck? Aren’t you just coming back from an extended leave of absence, Mr. Espinosa?”

With the sound of metal grinding on metal, the train started to move. I closed my eyes, allowing the momentum to build and hurdle me toward the misery of employment in the service industry.

Maybe misery was an exaggeration. As the train came to an abrupt stop at the Monroe station, I tried to remind myself there were worse fields to work in. Six blocks stretched between the train platform and the Sentinel Club Hotel. More specifically, six blocks stretched between me and the hotel’s restaurant, the Rosebriar Room, where I worked as a host. Walking so far would typically take around nine minutes, and at 6:25 a.m., I only had five minutes to do so. Officially late, I somehow found the energy to hustle up the stairs from the underground train platform and race out into the November chill.

I found myself caught behind a herd of Chicago commuters: business-bros and cubicle drones trotting to their respective jobs scattered across the Loop. Dodging between the office workers drowsily heading to work, I sprinted through the concrete canyon of downtown skyscrapers.

It was still dark. Only after I made it to Michigan Avenue, across from the green expanse of Millennium Park, could I see the first streaks of orange in the dark-gray sky. I pulled out my phone again. 6:31 a.m. “Shit.”

Speeding through the front doors of the hotel, I hurried to the service elevator. With no time to stop at the staff locker room down in the basement, I headed straight up to the thirteenth floor.

People often say hotels are naturally creepy places. I hadn’t really thought about it one way or another until I started working in one. It was true. The Sentinel Club Chicago was creepy, and being one of the oldest buildings in the city only made it all the more eerie. Before becoming a boutique hotel, the SCC was a historied private men’s club, and the Rosebriar Room, now the hotel’s wood-paneled fine-dining restaurant, once served as the private dining room for the club’s most elite members.

I’d been working there for a year and a half or so, and things I hadn’t noticed at first had started to weigh on my mind. More and more I found myself aware of the creepiness of the place. A laugh echoing in quiet, empty rooms. A flicker of movement out of the corner of an eye. A shadow on a wall with no one there to cast it. The feeling of being watched.

The prospect of spending my morning in such a place sounded pretty miserable. Perhaps I hadn’t been so far off in describing my job as a “misery” after all. 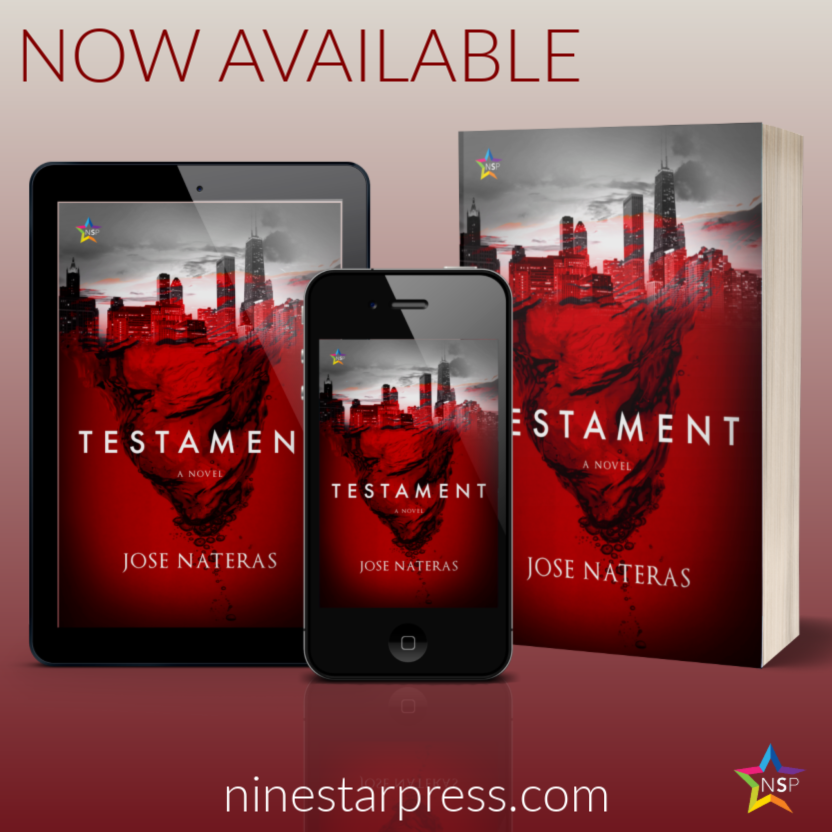 Jose Nateras is a Chicago based Actor, Writer, and Director who’s worked extensively on stage and screen. Having trained at The Second City, The British American Drama Academy (Midsummer at Oxford ’09), Jose is a graduate of Loyola University Chicago. Having graduated with his MFA in Writing from The School of the Art Institute of Chicago (SAIC), he’s a resident playwright with ALTA Chicago’s ‘El Semillero’ (residing at Victory Gardens). Jose has written a number of shorts, pilots, and full length films, and is a contributor for The A.V. Club and elsewhere. He’s also been known to play the role of adjunct professor and teaching artist around town from time to time as well.