The Facility is undergoing repairs after a chaotic failed escape attempt by several psychic test subjects some months ago. Neila and Henry’s mission is to locate potential psychics for the scientists at the Facility to study, but they have other ideas.

Neila can’t shake the idea of Nikola Tesla from her mind, and it’s getting worse as bizarre things start happening to herself and Henry. As they hunt for more about Neila’s possible past life, they aren’t sure if they will find answers or if they will become the hunted.

Things are not peaceful back at the Facility as troubling secrets come to light, and the Psychic Underground may never be the same.

The repair work on the Facility was slow going, but the director refused to forego using her office. The ceiling was still missing. New modern cameras, a phone, and internet were being installed: the works.

Director Lianne McClaine sat behind her desk with her elbows on several paper files while she read the results from her last checkup with her oncologist on her tablet. The cancer had vanished. Out of nowhere. Gone. Her doctor was sure there had to be some sort of error with her previous tests. Cancer didn’t just go away.

Not the type she had.

The newly installed landline phone rang on her desk.

“Director McClaine,” she said, leaving her answer vague. A director could be in charge of all sorts of things. No need to out their secret operation because of a wrong number.

“Director, you wanted to see us?” Agent Henry Anderson replied. She remembered him saving her life. The painful feeling of them being temporarily linked; her bullet wounds healing at his beckoning. He had hijacked her body with his shapeshifting ability, but it had saved her life. She wasn’t sure how to feel about it. Despite being grateful to be alive, she also felt violated. The director tried to put the latter feeling out of her mind.

“Yes. You and Blackbird report to my office.”

The director glanced over the two paper files once more before she put them back in the bottom drawer of her desk. Agent Henry Anderson’s blood work and DNA tests had the same error the other shapeshifters at the Facility had. The results read as if he had just had a minor blood transfusion from multiple donors. There were traces from more than one blood type. The sort of errors that are normally attributed to contaminated samples. She should have noticed the pattern, even if the doctors hadn’t made the connection. They still hadn’t, but no denying it, he was a shapeshifter.

Henry’s results weren’t the only ones with the error. Besides the known shapeshifters, there were two others with the same anomaly: the pyrokinetic, Wallace, who had been killed by Shorty four and a half months before and “Blackbird” Neila Roddenberry, who had killed Shorty after he had almost succeeded in killing everyone in the Facility.

The whole incident had been a complete clusterfuck. Shorty, a telekinetic ex-con who, sick of being a prisoner and test subject in the Facility, rallied the rest of his test group of four men, Blue Team, to lead an escape attempt. The only reason anyone survived was because Henry had joined forces with several other test subjects.

Three members of Green Team, the shapeshifters, used their powers to help the perpetually disoriented group of telepaths and several doctors escape, bypassing the Facility’s biometric scans by copying Lianne’s own DNA. Green Team’s efforts weren’t what put an end to the assault though. Shorty had his eyes on another test subject, the only other one down on paper as an agent, Neila Roddenberry. The woman had more than one ability and the skill to use them.

After a vicious fight between members of Shorty’s Blue Team and the Facility’s surviving pyrokinetic, a nonbinary person named Lor, that wrecked the hallway leading to the Facility’s solitary holding cell, Henry managed to free Neila from the holding cell. Lianne wasn’t entirely clear on what happened afterward, but the two men Shorty sent to reach the Hole were soon very dead.

Not long after, Shorty and his remaining team member found the director, killed her guards, and almost killed Lianne just before he brutally broke Neila’s leg and dragged the small woman away by her hair.

Director McClaine was surprised she hadn’t been handed her ass on a platter by her superiors. They wanted an excuse to privatize the work the Facility was doing. The vultures circling the Facility had only grown in number since the incident. Defense contractors were interested in taking over where the clandestine government agency had continually failed. Private companies like White Rook and HUGO Defense had personnel trained to use the abilities most people assumed were utter bullshit, such as psychic powers like telekinesis, telepathy, pyrokinesis, shapeshifting, and God knew what else. The federal government was behind the private sector and had been for years. All Director McClaine had left was one more strike, just one more mistake, and she’d disappear into another dark hole somewhere. And even God wouldn’t have a clue what would happen to everyone else at the Facility. 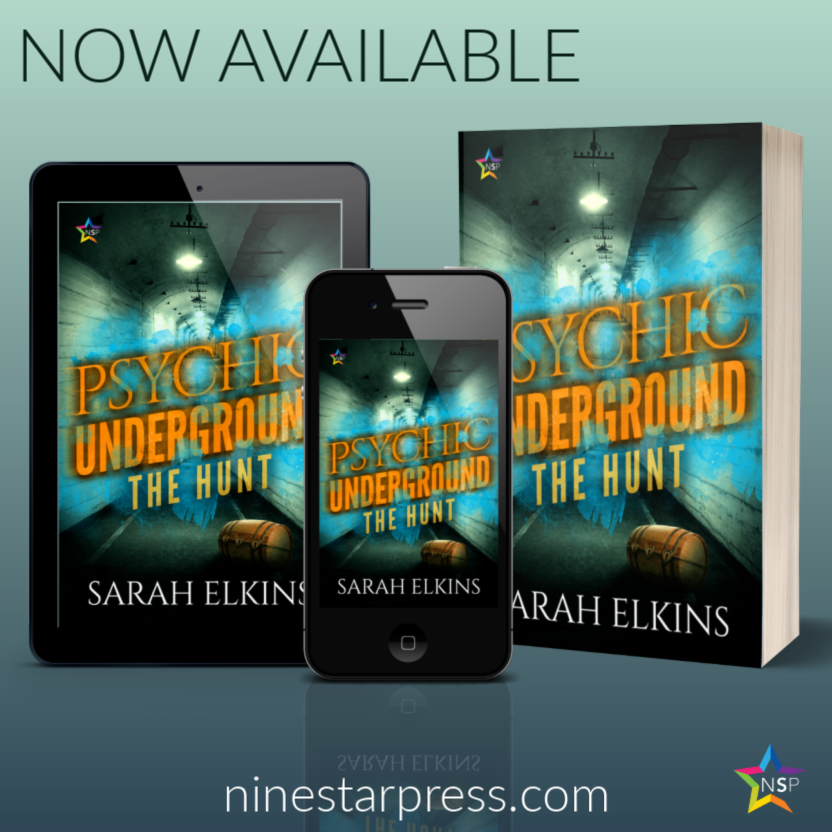 Sarah Elkins is a comic artist and writer who nearly had to give up art entirely due to a form of ossifying tennis elbow that forced her to be unable to use her dominate hand for nearly a year. She spent much of that time writing novels with her left hand as a means to deal with the pain and stress of possibly never drawing again. Thanks to a treatment regimen she is able to draw again albeit not as easily or quickly as she once did.

Sarah enjoys reading science fiction, horror, fantasy, weird stories, comics of every sort, as well as any biographical material about Nikola Tesla she can get her hands on (that doesn’t suggest he was from Venus.) She has worked in the comics industry since 2008 as a flatter (colorist assistant,) penciler, inker, and colorist. She contributed a comic to the massive anthology project Womanthology. Currently she (slowly) produces a webcomic called Magic Remains while writing as much as her body will allow.