I’m glad the post is early as tomorrow is the big Steampunk Spectacle and this year we’re rifting off George Melies works. It should be a blast but I’ll be gone all day.

I’m going to start snippeting from my upcoming release Blood Red Roulette, my vampires in Vegas (blurb, cover and pre-order links at the end)

Snippet –He’d first stumbled across Delilah’s when he’d staked out the area on his true job: an enforcer for the Chiaroscuro, an organization of supernaturals who kept ill-mannered and dangerously violent supernaturals under control. A vampire himself, Arrigo had tracked a renegade vampire to The Alibi, a biker bar a block away from Delilah’s. About the only thing worth noting in The Alibi had been a cute blond bartender. As for the renegade vampire, the idiot proved to be a fledgling so full of himself, it hadn’t been much of a fight. Arrigo barely broke a sweat killing him. Arrigo had been with the Chiaroscuro for so many centuries, fledglings posed little threat to him. 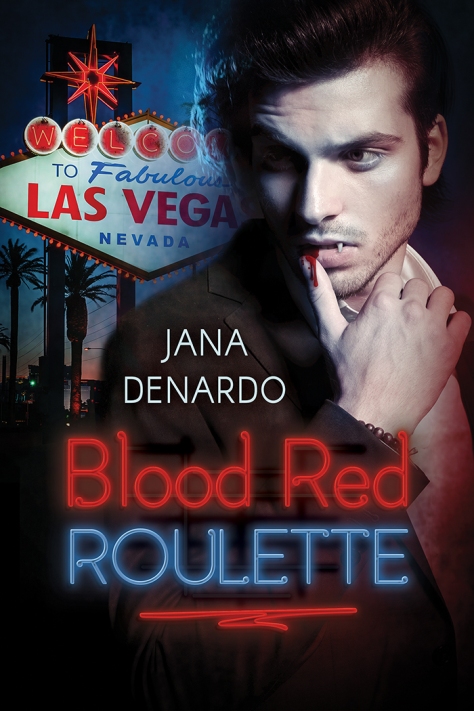 Blurb Arrigo Giancarlo’s friends think he’s a rich young man with the unusual job of paranormal investigator, working with his psychic assistant in Las Vegas. In truth he’s a two-thousand-year-old vampire and member of the Chiaroscuro, a group of Supernaturals dedicated to keeping humanity safe from the more dangerous of their kind. He’s also openly bisexual… but alone.

When he spots Luc St. John in a bar, Arrigo is intrigued. What begins as an effort to repay the kindness shown to him in the past quickly turns into much deeper feelings for the suffering and displaced Cajun. For Luc’s part, he feels too poor, too uneducated, and too bound to his hateful family to ever be worthy of elegant and cultured Arrigo.

An old enemy, Eleni, blames Arrigo for murdering her true love. On the anniversary of that death, she’s back to take revenge. As Arrigo’s closest friends fall victim to savage attacks, he fears nothing will keep Luc safe. Should he break both their hearts and let Luc go, or is it too late? If Luc’s already in Eleni’s sights, Arrigo knows that like most things in Vegas, the odds are against him.

You can pre-order the paperback here (currently on sale)